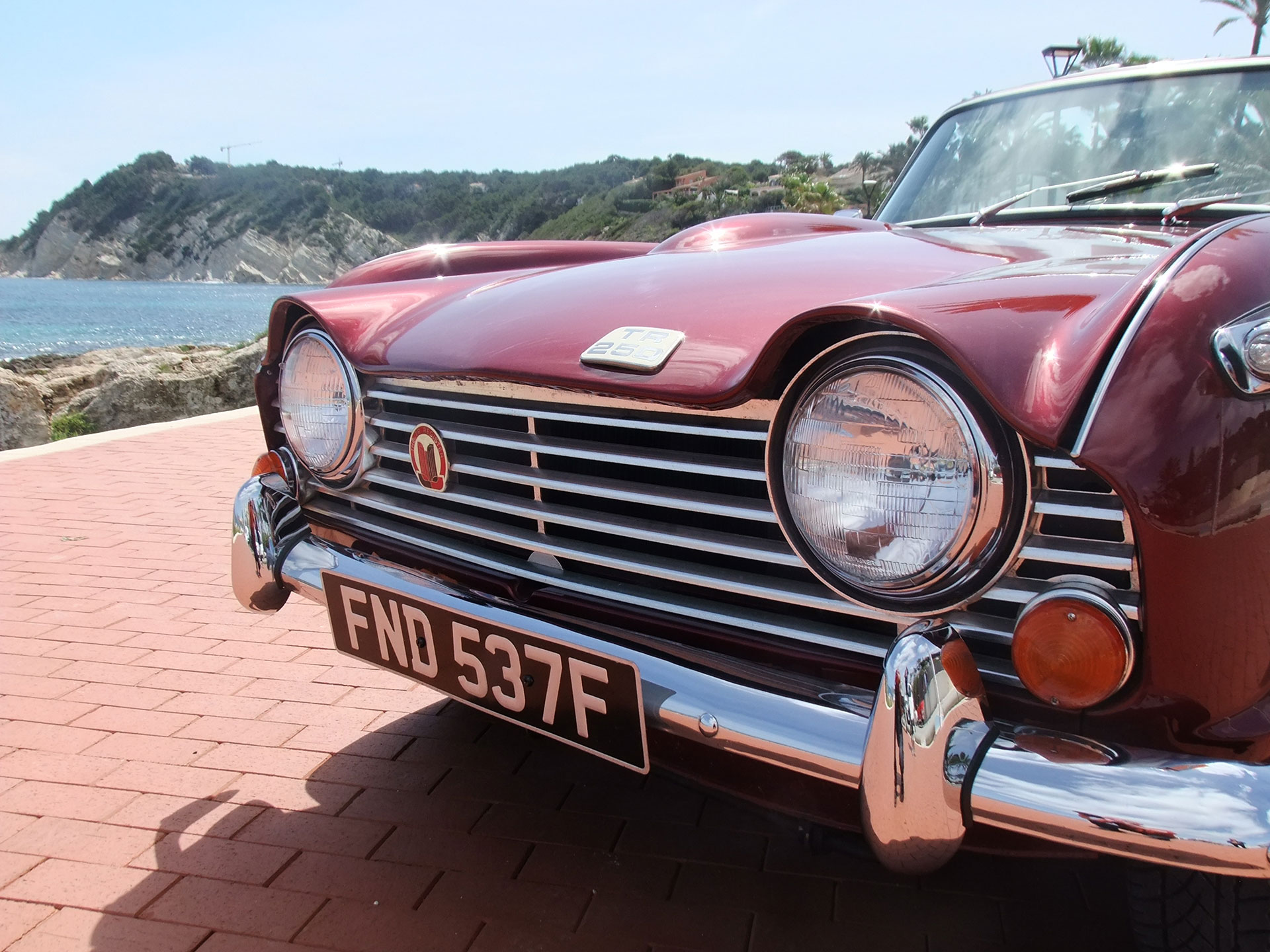 8400 cars were built, all of which were for the US Market. The TR250 was fitted with twin Zenith-Stromberg carburetors, instead of the Lucas fuel injection system, used in the UK version TR5. The TR250's 2.5 litre straight 6 engines, delivered 111 bhp. Standard equipment included front disc brakes, independent rear suspension, rack and pinion steering and a four speed gearbox.

Our TR250 is silky smooth, has a beautiful engine note and is a complete joy to drive, a nostalgic trip down memory lane in how motoring used to be over 50 years ago...., the stunning plum paintwork and the 8 spoke alloy wheels, really set the car out from the crowd. 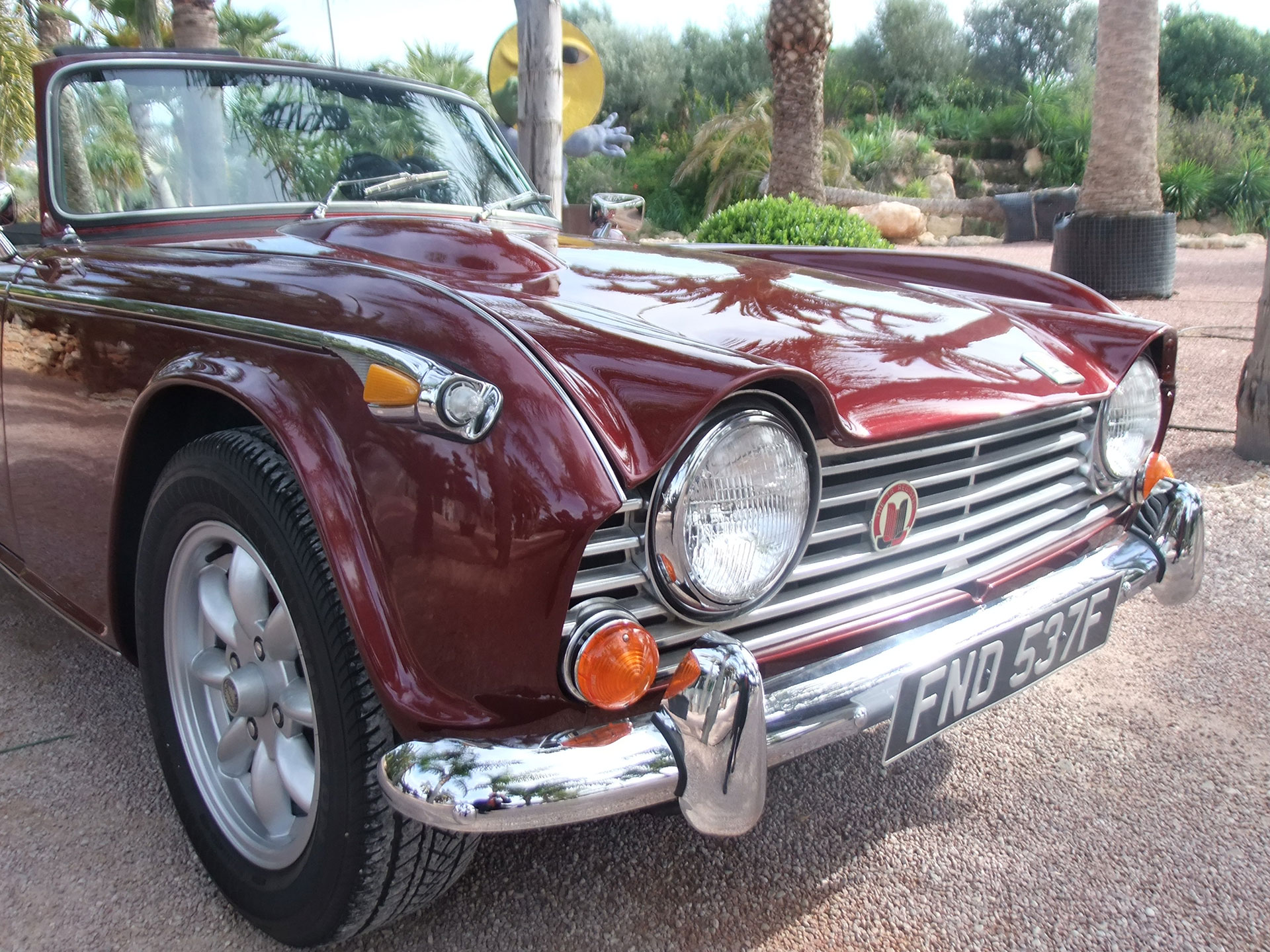 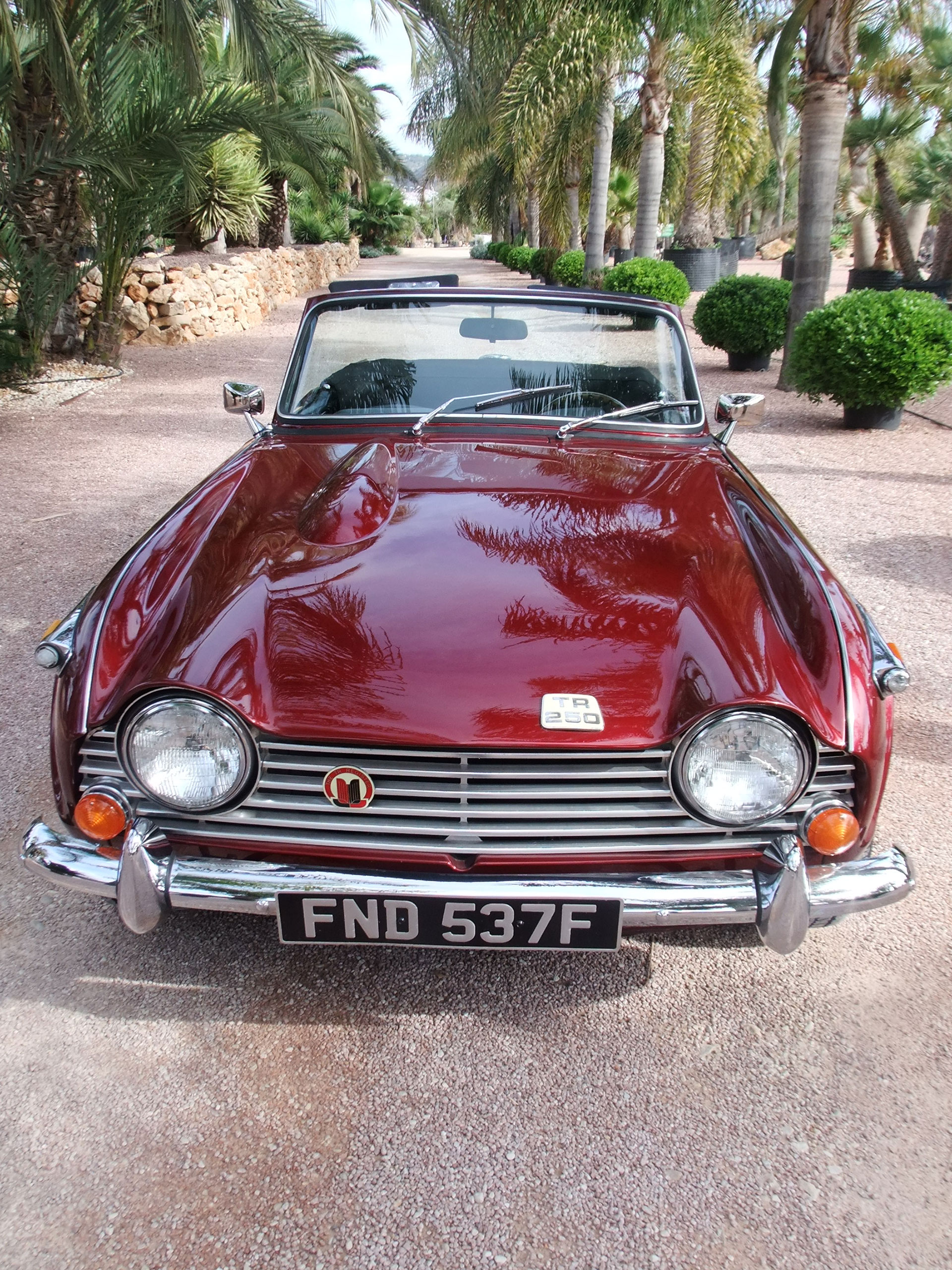 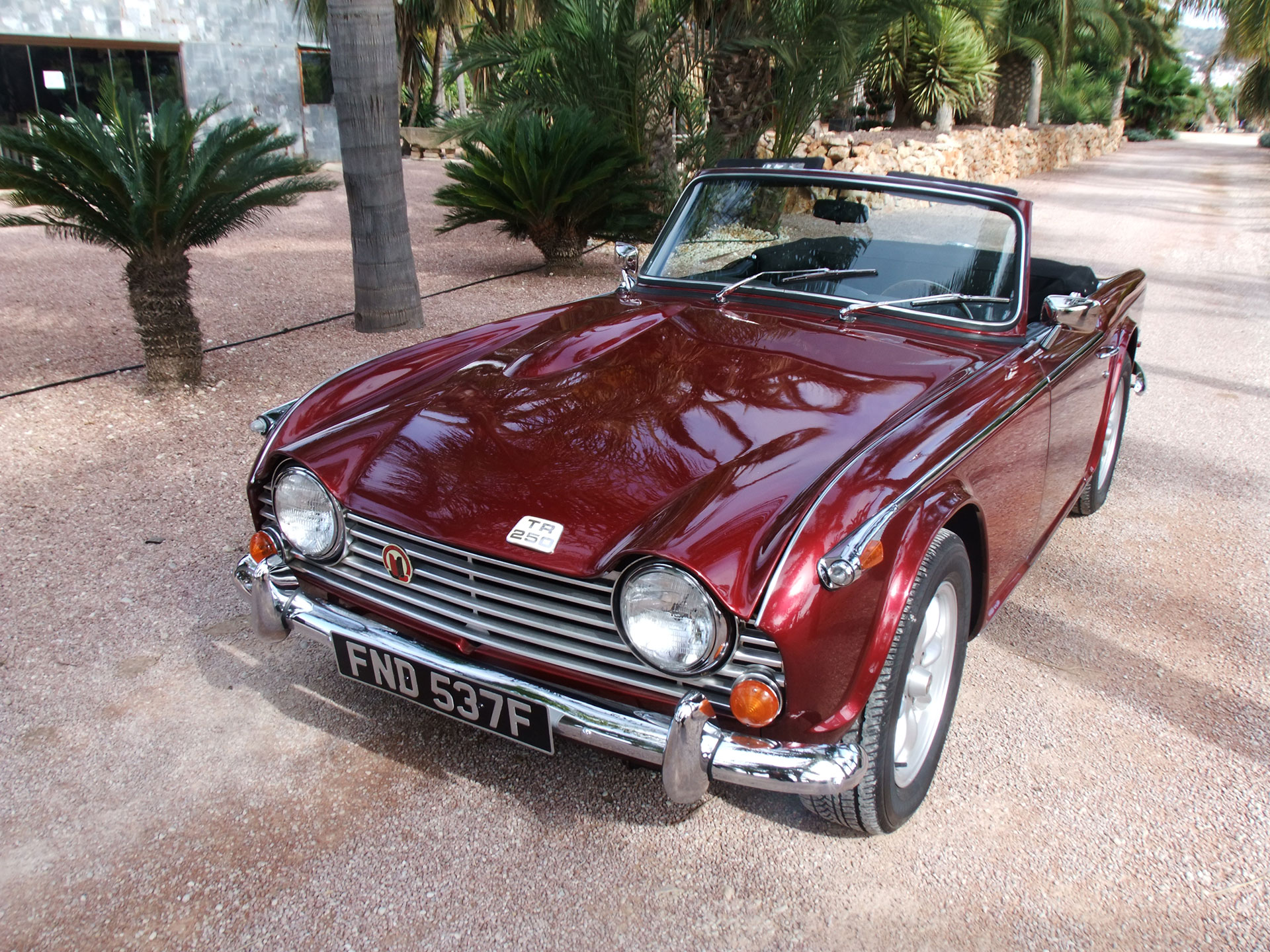 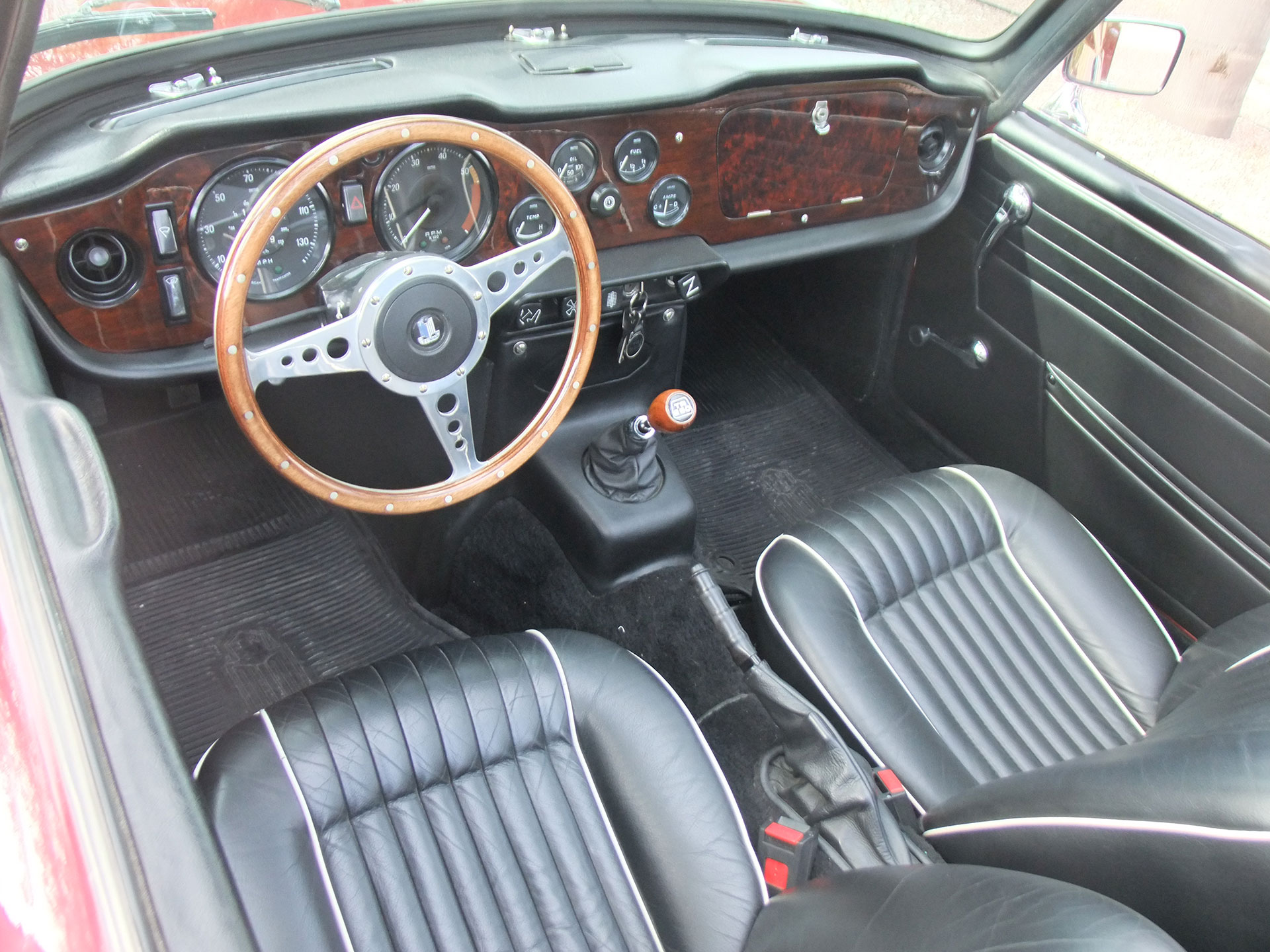 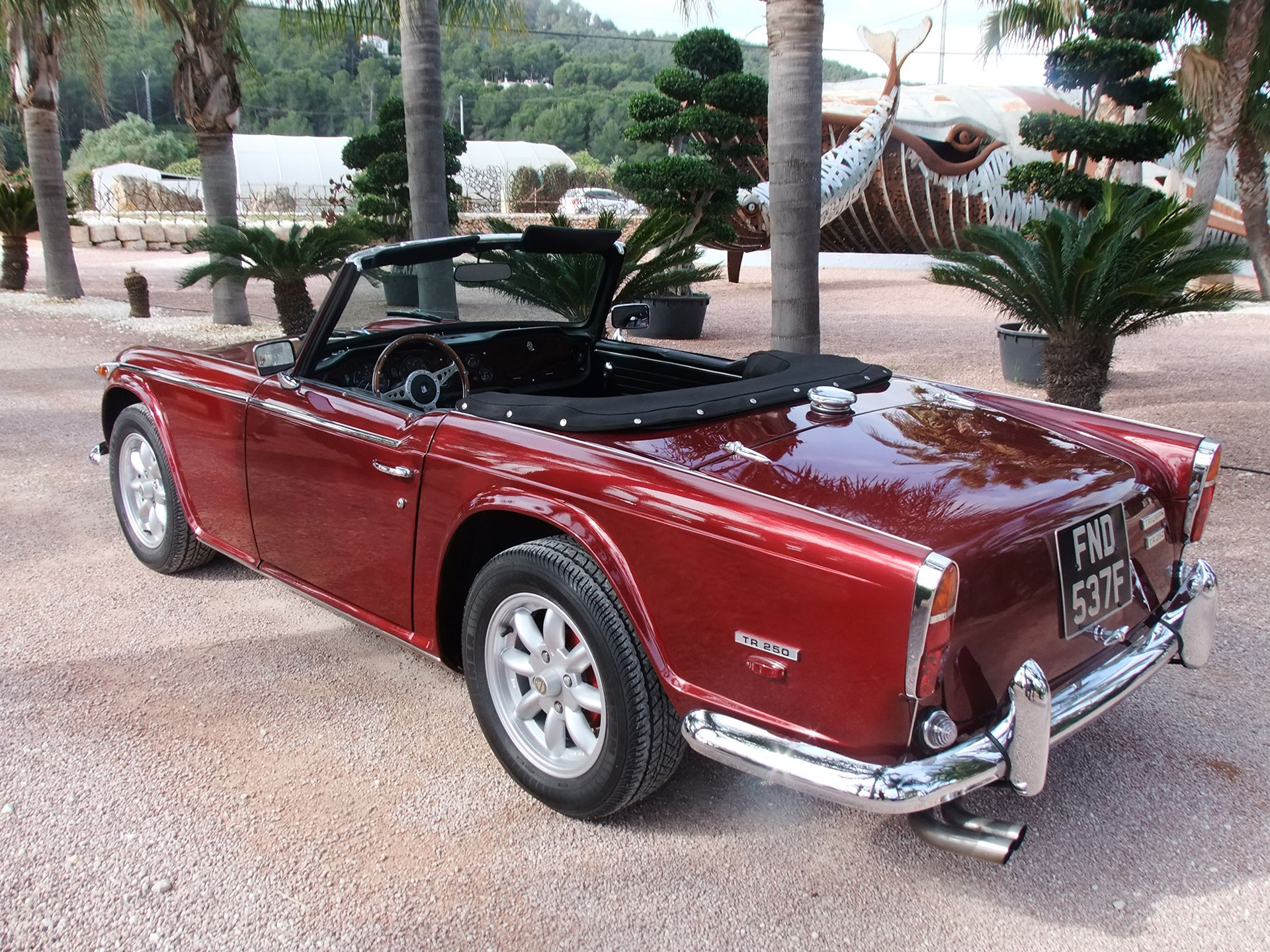 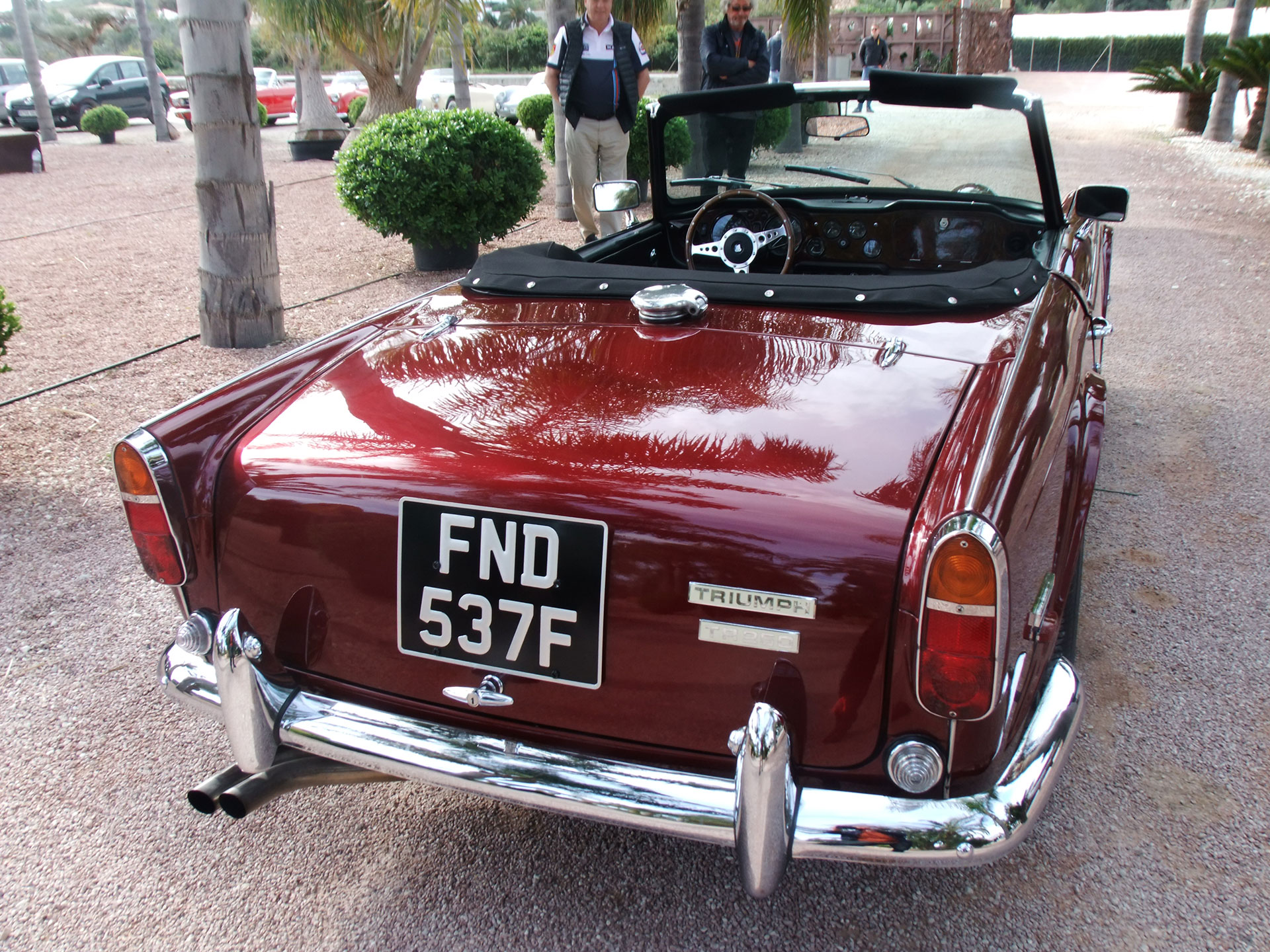 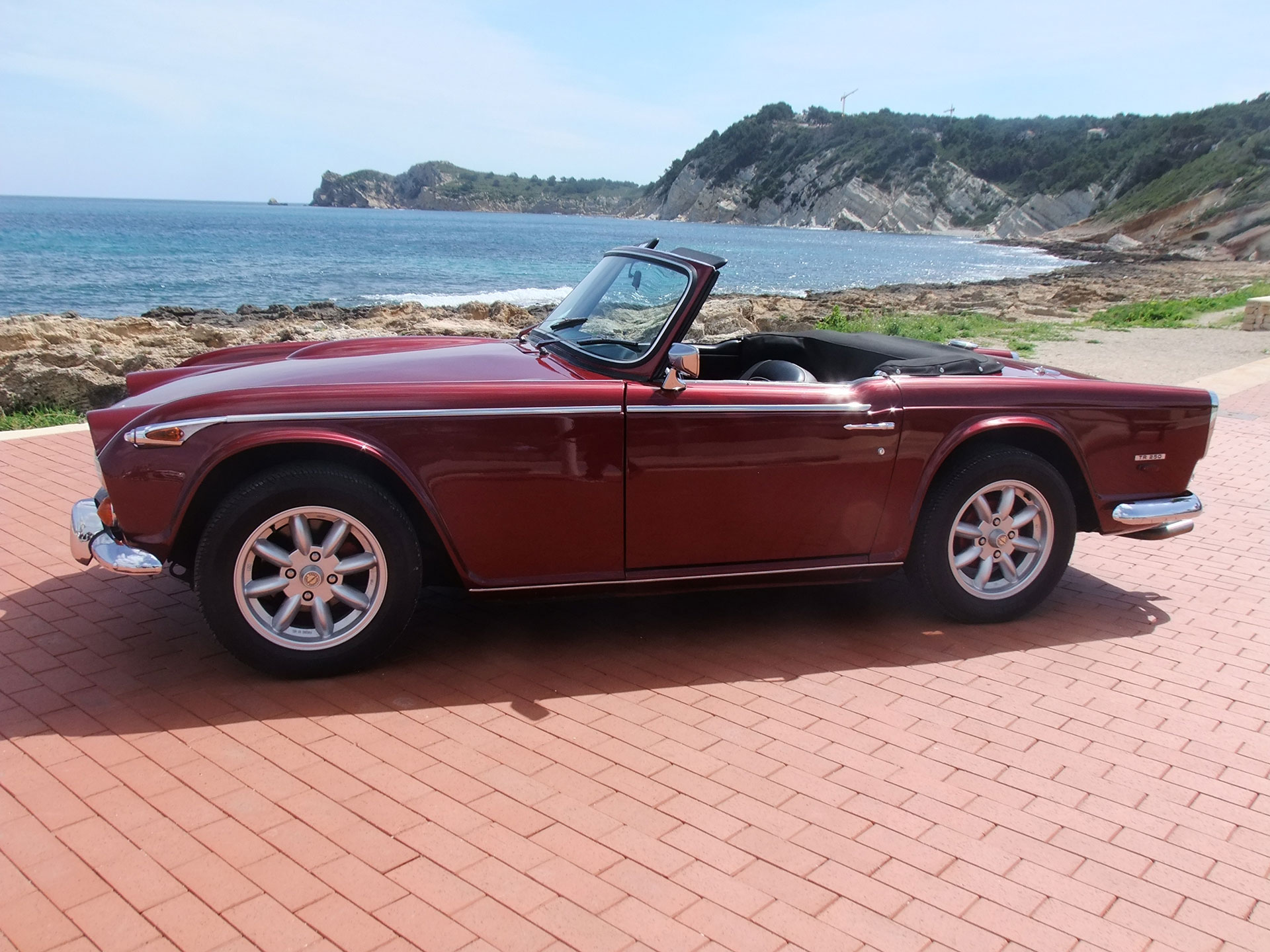 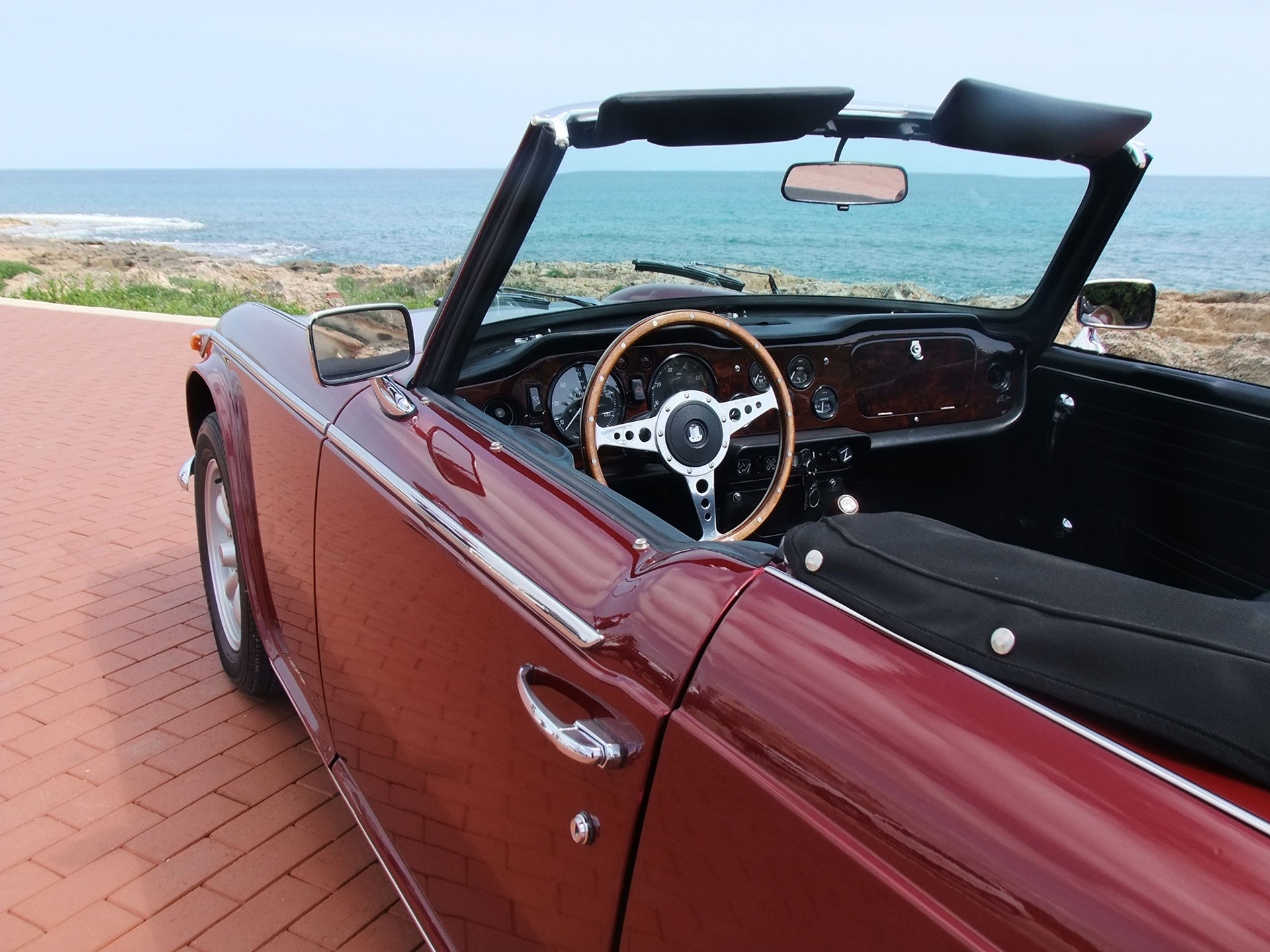